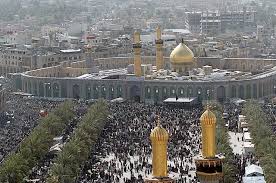 The month of Muharram is the starting month of Islamic lunar calendar. This month is one of the most sacred months in the light of hadith and Quran in which all Muslims try to fast and worship more for getting greater reward, whereas the day of Ashora is known for fasting specifically. The day of Ashora has great importance in history of Islam.

The 10th of Muharram that is Ashora, a day on which Hazrat Imam Hussain (RA) the Grandson of our beloved Prophet (PBUH) was martyred in Karbala. Since then month of Muharram is observed in remembrance of the life which Hazrat Imam Hussain (RA) and his companions sacrifice for the sake of Islam and for the righteousness. Incident of Karbala is one of the most well-known incidents in the history of Islam and it tells people about the sacrifice and struggle of Grandson of Prophet (PBUH) faced, it also tells of the renewal of Islam.

During the battle of Karbala, martyrs offered namaz it gives the clear message to all Muslim that offering namaz is important and it should be performed under any circumstance. Another thing that is clear from this is when it comes to praying namaz there is no excuse. If Hazrat Imam Hussain (RA) with the threat of his life in the battle field could stop for namaz then nothing is more serious in an ordinary life that a person cannot pause and offer namaz.

ALLAH is Above All:

The incident of Karbala is well known for the sacrifice which

Hazrat Imam Hussain (RA) and his companions made just for the sake of ALLAH, this incident is also fill with the sacrifices that people made for each other in the battle field. A Muslim can get the lesson of thinking and caring of others or keeping others above than one’s own self.

Standing For righteousness and truth:

Hazrat Imam Hussain (RA) stick of his truth and stood for the Islam. Muslims should realize that righteousness and truth is what Islam stands for, Islam is against all sorts of aggression and oppression.

One thought on “LESSON FROM THE INCIDENT OF KARBALA”