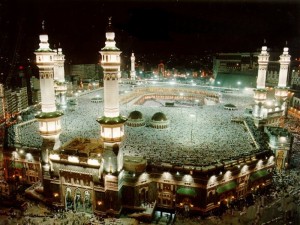 Prophet means a person who speaks by divine inspirations or coveys ALLAH’S message to people. Prophethood is a channel of communication between ALLAH and mankind. Since the beginning of creation, ALLAH has his guidance for all mankind through His chosen people. Prophethood or Risalat is conferred on these people by ALLAH. They are called Prophets or messengers whom ALLAH sent to convey His teaching to the peoples. The Prophet only interpreted and communicated which has been transmitted him by ALLAH. Every Prophet clearly stated whatever he taught waS not of his own but that is from the ALLAH for the benefits of mankind. He also confirmed was what revealed before him.

The message of all the Prophets is one and the same. As ALLAH is one, so is his message. The message is “Worship ALLAH, as there is no God for you but He.”

In other words all the Prophets preached the message of unity of ALLAH that is, “There is no God but ALLAH.” All the Prophets, according to Islam were true and good, that’s why it is mandatory upon Muslims to believe in all Prophets.

Prophets were human being; we should never refer them as Son of ALLAH. ALLAH is one and he has no partner or son. It’s a sin to say that ALLAH has a son or a partner. Holy Quran has expressly forbidden Muslims to ascribe partners to ALLAH.

Prophethood is ALLAH’S blessings and favour that He bestows on whom He chooses. It can not be acquired by prayers and worship. Prophets are gifted with the excellence and spiritual qualities which other human being does not possess. They were best in their community, morally and intellectually. This was necessary because their lives serve as an example and model for their followers.

According to Islam, ALLAH created man for worship Him and lead a pious and virtuous life based on His teachings and guidance. But he could not know his roles and purpose of his existence unless he received clear practical instructions of what ALLAH want him to do. Therefore, ALLAH sent his messengers to the world, chosen from different nation to convey His message to all the people. He sent them to man kind from amongst themselves for their guidance and reformation because a man can best serve as a guide and example for his own race. Prophets came in different periods of history as they were needed to convey ALLAH’S message to human being and to guide them.

As Muslims, we must believe in all Prophets. ALLAH’S guidance to all mankind began from Hazrat Adam (AS), the first Prophet and it was completed with our beloved Prophet (pbuh), the last Prophet of ALLAH.

One thought on “CONCEPT OF PROPHETHOOD IN ISLAM”