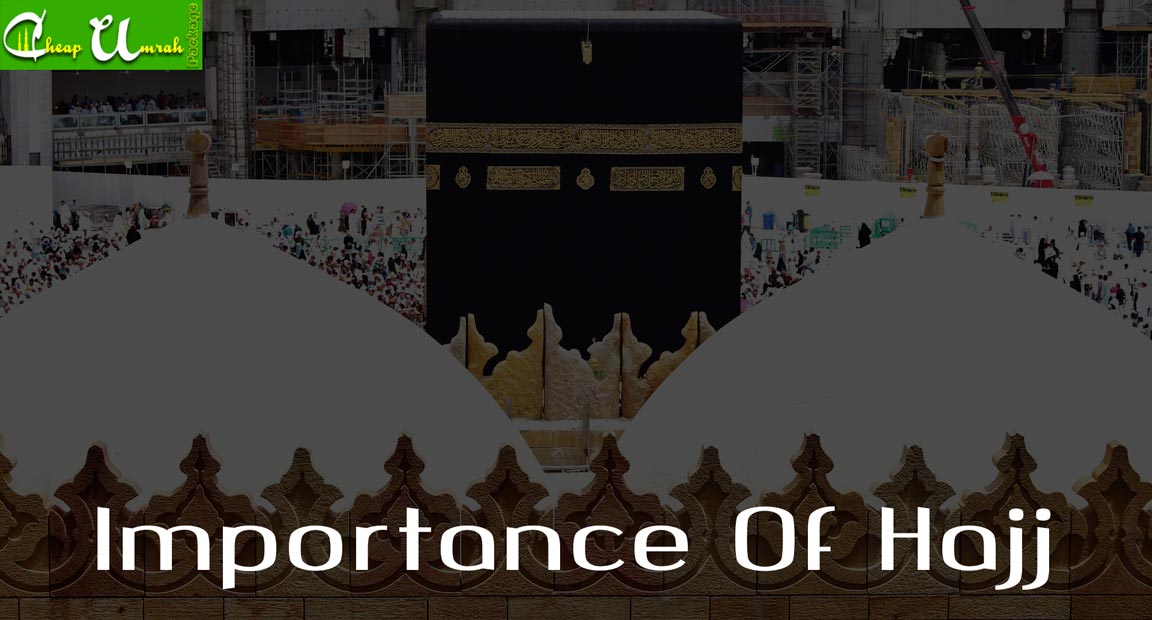 As all the types of worship are just crucial in the religion of Islam, Hajj is one of the crucial acts owing to being obligatory and all the Muslim from around the world dream of doing this great task as it is made obligatory by Allah. Islam is not the religion of strictness so it is permissible for the Muslims to not carry it out if they are not physically fit or cannot manage to perform it due to the lack of money. Despite this, Muslims save up to do it. This makes every other person scratch their head over it. They may think the importance of this religious obligation that makes Muslims have a strong desire for it.

The Fifth Pillar Of Islam

It is the fifth pillar of Islam on which the whole structure of Islam is built. This is the reason why it is given so much significance as Islam cannot be considered complete without it. This is the sort of worship in which millions of Muslims gather at one place and perform this act. This is the best way to get the blessings and kindness of Allah.

Gives The Lesson Of Unity

One of the most important lessons of Hajj is that of unity. When the Muslims from all the races, regions, color and background come to the land of Makkah and perform Hajj together, they seem like one body. This is how we depict our unity to the whole world. All the rites of Hajj are performed together and the same way our Holy Prophet (SAWW) told us. It is not any different in those rituals. Without rowing or arguing on anything everyone tries to perform and behave well in front of Almighty Allah.

Gives The Lesson Of Sacrifice

Another important lesson from Hajj is that of sacrifice. It is a rather long act than Umrah and it contains the rite of sacrificing an animal at the end of it. This is in the memory of the Prophet Hazrat Ibrahim (AS). Everyone recollect it at once thinking that this sacrifice will be acceptable for Allah as was accepted the one made by Hazrat Ibrahim (AS).

Gives The Lesson Of Sympathy

The lesson of sympathy is very crucial. It is owing to the fact that the Muslims gather there and set a great example of sympathy. There are those who are weak and may be old or some sick people, in that situation a Muslim can get the best opportunity to get the reward from Allah. Helping each other through the rites of Hajj, Muslims set an amazing example of sympathy.

The most important thing of all is that Muslims get a great reward from Allah. This is the reason why they just want to perform Hajj In 2019 wholeheartedly. They even dream of dying during this religious obligation so that they may not return to the same world for committing more sins. This sort of death will not make them dead instead they will be considered ‘Shaheed’.